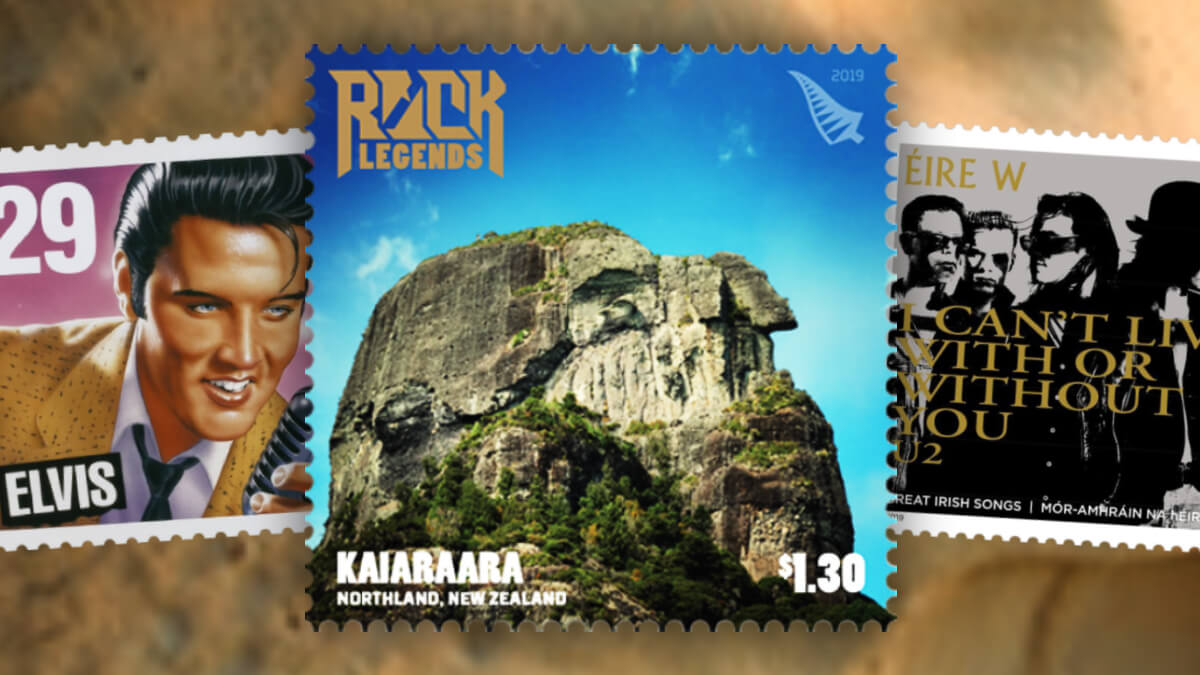 Ireland’s Great Irish Songs issue from earlier this year had its share of rockers.

Canada wants you to know that it rocks.

And then… there’s New Zealand.

The Kiwis have trolled us all with an issue devoted to iconic rock formations, presented in the form of a rock poster sheetlet.

The subject rockers – sorry, rocks – are breathtaking, and could have formed a perfectly straight nature-themed issue. In fact, divorced from the sheetlet, the stamps DO look quite straight and dignified. The only clue to the fun that’s been had along the way is the metalesque insignia in the corner.

For those in the front row, the sheetlet produces a few more sniggers:

None of this detracts from the beautiful photos featured on the stamps. My favourite is probably Elephant Rock. Sad to read while researching this piece that Elephant Rock’s trunk has joint the pantheon of Rock Legend appendages in the sky. Or, more to the point, in the ocean.

It seems somewhat unfair that, by wasting its Rock Legends issue on a dumb pun, New Zealand has once again chosen to deny Dave Dobbyn the glory he deserves. But apart from that, well played, New Zealand Post.

7 thoughts on “New Zealand wins the Battle of Rock”