Lately, Steve Carell has been creeping out moviegoers with his portrayal of John E. Du Pont in the film Foxcatcher. Academy voters even gave him a Best Actor nomination, hoping it would make him go away and stop haunting their nightmares.

John E. Du Pont was an heir to the fortune of the American chemical company. Foxcatcher traces his obsession with the sport of wrestling, which so saw him go so far as to build a live-in training facility for some of the USA’s top wrestlers.

“Do you mean to tell me you haven’t RSS’d the Punk Philatelist?”

I don’t want to spoil the film’s twists, so let’s just say yada yada yada things didn’t quite work out and Du Pont died in 2010. I won’t even tell you where he died. It would give too much away.

You may not know that Du Pont’s death was met with much excitement among serious stamp collectors, because he was just as nuts for stamps. The world’s most valuable stamp, the 1856 1c British Guiana black-on-magenta, had not been on the market since Du Pont bought it in 1980 for $US 935,000 – then a record for a single stamp. In June last year it set a new record when it sold for $US 9.48 million.

Nice return on your investment, J Du P! Pity you were dead by then, and also pity about ALL THAT OTHER STUFF THAT I CAN’T MENTION IN CASE PEOPLE HAVEN’T SEEN THE MOVIE YET.

In accordance with his will, and after a few unsuccessful legal challenges, 80% of that money went to a former Bulgarian wrestler now resident in the US, and 20% went to a wildlife fund that Du Pont established.

And why wouldn’t you pay that kind of money for this gorgeous hunk of philatelic perfection? They call it the Mona Lisa of stamps, which would be true if Mona Lisa was fugly, swam in sewerage pits and never took a bath. Small wonder that Du Pont, according to philatelic rumour, sometimes slept with it under his pillow.

For a tiny piece of dirty old paper, that price is admittedly insane, but British Commonwealth stamps naturally attract rich white men. Nuff said. Anyway, admit it, if you found the world’s only other example in your dead grandpa’s collection, your ethical disgust would be mitigated by a sudden conversion to the inherent worthiness of high-end collector market economics.

A quick beef from me at this point: this stamp is sometimes called ‘The world’s rarest stamp’, but that’s not entirely true. Plenty of other stamps are just as rare – i.e. only one known example. But the stamp world has celebrities too, and when a stamp becomes famous for being rare… ka-ching. Beef ends here.

(Nerd note: for more about that stamp and the auction, click here.)

Back to the creepy guy, and some other valuable stamps from Du Pont’s estate were auctioned in June 2014 by Swiss auction house David Feldman. Nearly every lot was won by Sheikh Saud bin Mohammed bin Ali Al Thani, a member of Qatar’s ruling family, with a winning bid of $US 7.5 mill. The Sheikh plonked down an $872,000 deposit, and promptly died, befitting his reputation among auction houses as being something of a slow payer. Feldman still has the goods but it’s suing the Sheikh’s estate for the rest of the cash. IS THERE A DU PONT STAMP CURSE?

Let’s hope not, because have a look at this item I spotted in the catalogue for the Phoenix Auctions sale in Melbourne this coming Saturday, February 7. It’s a cover that was sent to Tattersalls in Tassie in 1907. Can you read through the philatelic nerd gibberish to find the cool bit?

(Thanks to Phoenix for permission to use the scan.)

That last note before the estimate – “Ex Du Pont” – means that at some time it was in John Du Pont’s collection.

Yes – YOU can own something that once belonged to the eccentric multimillionaire and… WELL I REALLY WANT TO TELL YOU WHAT ELSE HE WAS BUT IF YOU HAVEN’T SEEN THE MOVIE YOU WILL HATE ME.

Ideally, you‘d have a passing interest in Australian postal history, but if you’re excited enough by the connection to Hollywood glamour and to the notoriety connected to ARRRGGHHH THIS IS KILLING ME I’m sure Phoenix won’t mind you chucking in a bid. (See update below!)

It will set you back a few grand, but look at it this way. When you inevitably meet Steve’s Foxcatcher co-star Channing Tatum, you’ll have a handy conversation point with which to grab his attention, and then he won’t be able to resist your invitation to come back to your house to see it.

And John Du Pont will be smiling over you. 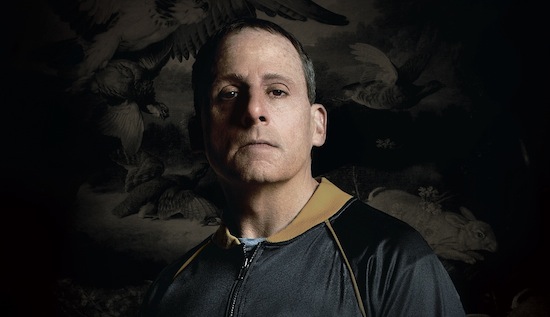 UPDATE: The Du Pont cover didn’t sell at auction. You can still pick it up for $A1600! …Plus buyer’s premium.