Sorry for my long absence from the blog, folks! You’d think a hired assassin working for top dollar would be offered a decent wifi connection, but covert black ops budgets aren’t what they used to be. A big welcome to new followers. I promise not to hit you with a ninja star from behind a tree before you even know I’m there.

So, I’m home now and back to the hobby of punks. If you, like me, were a kid collecting stamps in the 70s or 80s or 90s – or even if you’re collecting now, in which case: hello! I thought you were dead –  your album was probably brimming with big, colourful stamps from developing countries that had little relevance to the issuing nation. Because who’s to say that Equatorial Guinea can’t celebrate the centenary of Japanese railroads? 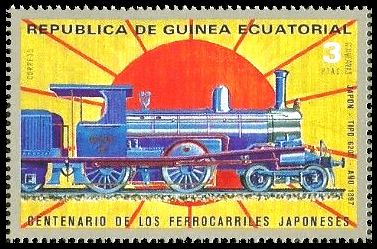 The motivation for this phenomenon is END_OF_DOCUMENT_TOKEN_TO_BE_REPLACED

…mainstream pop culture themes were only seen on stamps of desperately poor countries who churned out worthless collector-bait. So it was that nations like the Central African Republic and St Vincent and the Grenadines were among the first in the galaxy to bring us Star Wars stamps. The C.A.R. artwork was, admittedly, beautifully evocative of the era, even if they appear to think Han Solo was played by Ted Danson.

Fun fact: St Vincent and the Grenadines is my second-favourite Caribbean band after Bob Marley and the Wailers. END_OF_DOCUMENT_TOKEN_TO_BE_REPLACED

Lately, Steve Carell has been creeping out moviegoers with his portrayal of John E. Du Pont in the film Foxcatcher. Academy voters even gave him a Best Actor nomination, hoping it would make him go away and stop haunting their nightmares.

John E. Du Pont was an heir to the fortune of the American chemical company. Foxcatcher traces his obsession with the sport of wrestling, which so saw him go so far as to build a live-in training facility for some of the USA’s top wrestlers.

“Do you mean to tell me you haven’t RSS’d the Punk Philatelist?”

I don’t want to spoil the film’s twists, so let’s just say yada yada yada things didn’t quite work out and Du Pont died in 2010. I won’t even tell you where he died. It would give too much away.

You may not know that Du Pont’s death was met with barely concealed boners among serious stamp collectors, because END_OF_DOCUMENT_TOKEN_TO_BE_REPLACED

Austria loves chucking crystals on its stamps, and for Christmas 2019, a crystal was the ‘star’ of this Christmas tree stamp. Looks like that time my Auntie Trish decided old CDs would make great Christmas decorations and we all had to pretend to agree. 🎄💎🇦🇹 #christmas #christmas2019 #christmastree #austria #osterreich #stamps #stampcollecting #philately
This week, readers of the blog have been following my investigation into how Ed Sheeran’s stamp collection turned up as a big-ticket item in a forthcoming American stamp auction. Looks like the mystery has been solved! Pop on over and have a read... #edsheeran #stampauction #stampauctions #stampcollection #stampcollecting
‪How did these alpacas end up in a nativity scene with a giant hologram diamond? Find out in my freshly-posted farewell to 2019 over at https://punkphilatelist.com #alpaca #stamps #stampcollecting #philately #christmas #nativity #hologram #diamond #cocoskeelingislands #australia
Is THAT the time? I’d better squeeze in one last blog post before 2020 kicks in! This week, a look at the technology behind some of this year’s Christmas stamps prompted a trip down memory lane, to that time I brought a little razzle-dazzle of my own to a Christmas letter... #christmas #portugal #natal #technology #austria #australia #cki #design #graphicdesign #stamps #stampcollecting #philately #illustratedcover
This angle captures perfectly the quiet majesty of the volcanic neck that dominates the black sand beach at Piha, near Auckland. It’s like the Sphinx, but 16 million years older. 🇳🇿 #lionrock #piha #auckland #rock #rocklegends #nz #geology #aotearoa #newzealand #geologicalformation #rockformation #rocks #stamps #stampcollecting #philately #design #graphicdesign #pareidolia #photography #landscapephotography #landscape
Photographers love Motukiekie Beach with good reason: this is just one of several startling sea stacks that watch the sun set over the Tasman Sea. This is one of my favourite Kiwi Rock Legends because I empathise. I too love to watch the sun set over water, and my hair is also a bird’s nest. 🇳🇿 #motukiekie #seastack #rock #rocklegends #nz #geology #aotearoa #newzealand #geologicalformation #rockformation #rocks #stamps #stampcollecting #philately #design #graphicdesign #pareidolia #photography #landscapephotography #landscape